Albert D. Cohen was the recipient of the first Outstanding Canadian Entrepreneur Award from the University of Manitoba in 1983.  The award was in recognition of Mr. Cohen’s contribution to international business and his service to the Winnipeg community.

In 1987, the new Management Library in the Drake Centre was named after Albert D. Cohen in recognition of his substantial donation to the new building campaign.  Mr. Cohen continued his association with the library by regularly donating monies and books.  In 2002, Mr. Cohen donated all the archival materials associated with the Canadian Entrepreneur Award to the University of Manitoba Archives.  A plaque recognizing Mr. Cohen’s accomplishments and support of the Asper School of Business is located on the main level of the Drake Centre. 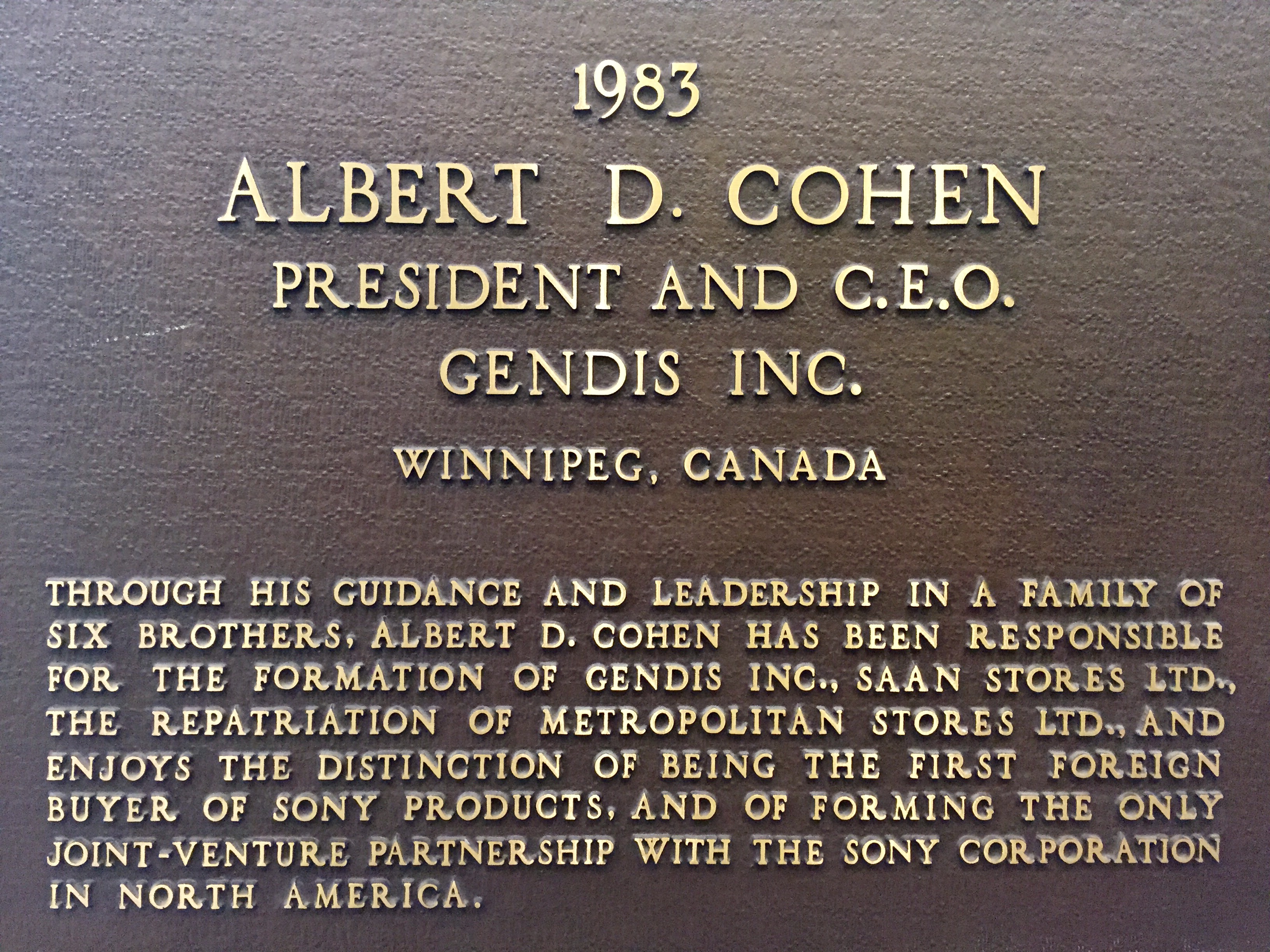