Glee at the University: Home

Glee at the University

The University of Manitoba Glee Club was founded in 1924 and held its first meeting on Thursday, October 9 of that year. The club's first president was elected that day, F.W. Armstrong, and the club had 25 members. Within 3 years the club grew to about 60 members and became the second largest on-campus organization, second only to the Debating Union.

The University of Manitoba Glee Club put on various musical and dramatic performances at the university or in theatres off-campus. Comedic operas and operettas appear to have been of particular interest to the group. The club's predecessor, the University of Manitoba Dramatic Society, performed on campus from before 1917.The Glee Club was active for several decades and garnered many accolades for its musical performances and set designs. The Glee Club did not put on shows in 1972 or 1973, and an article in the Alumni Journal from 1973 discussed the imminent demise of the club. 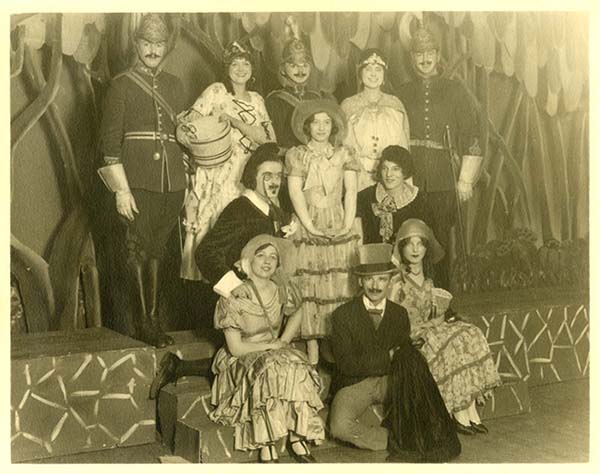 Cast members from the 1930 production of "Patience"

Do you or your family members have University of Manitoba Glee Club records that you'd like to donate? Information on donating records can be found here,