Winnipeg has a long and storied history of professional and senior amateur ice hockey. With the return of the National Hockey League to Winnipeg in 2011, the University of Manitoba Archives & Special Collections are looking back in time at our city's professional hockey past, particularly the history of the Winnipeg Jets.

Check out our online exhibit: Professional Hockey in Winnipeg 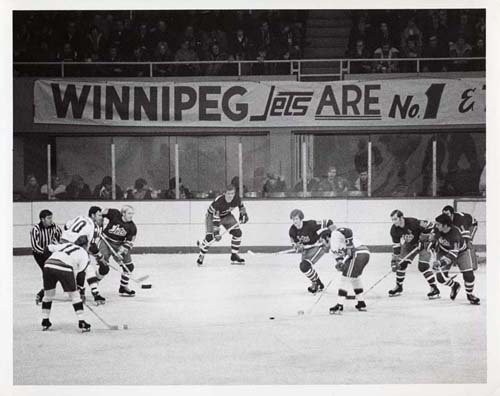 To celebrate the return of the NHL, we have put together a Winnipeg Jets exhibit of photographs and items from our collections. Visit the exhibit on the main floor the Elizabeth Dafoe Library at the University of Manitoba.

Visitors can also stop by the archives and browse our various collections that include content on Winnipeg's hockey past:

Our Winnipeg Jets Program Collection has 741 Jets home game programs from 1975 to 1996 when the team left Winnipeg.

The goalie stick from the 1931 World Ice Hockey Championship, won by the University of Manitoba Grads hockey team that represented Canada. This goal-tender's stick makes up the Arthur "Art" Puttee fonds.

The Winnipeg Tribune fonds contain clipping files on hockey as well as Bobby Hull. There are also photographs of venues, fans, players, coaches and staff of Winnipeg's hockey teams. Many of the photographs can be viewed online using the Winnipeg Tribune Photograph Search tool simply using a keyword search for hockey.

The Henry Kalen fonds include colour images of the old Winnipeg Arena and on-ice action during Jets games.

The David Turnbull fonds include letters and images from Turnbull's time as a player for the Oxford hockey team while attending the university as a Manitoba Rhodes Scholar.

In the Pitblado Familty fonds can be found information on Edward Bruce Pitblado, a Rhodes Scholar and Oxford hockey player who also played for the 1924 British Olympic hockey team.

For further explorations into Winnipeg's hockey history, check out the William H. Cockburn online exhibit created by the Provincial Archives of Manitoba. Part of their Rearview Manitoba series, this exhibit features digitized records from the collections of the captain and goaltender of the Winnipeg Senior Hockey Club that won the Allan Cup in 1931 and Olympic Gold for Canada in 1932.

Do these exhibits and collections stir up any memories of Winnipeg's hockey history? Share your thoughts or questions on our Facebook page or connect with us via Twitter. 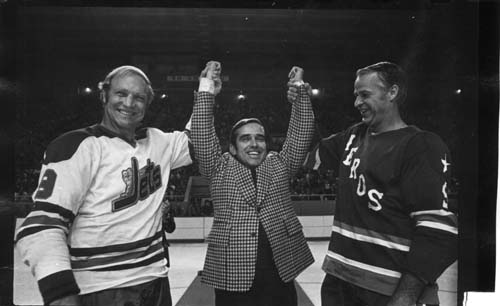