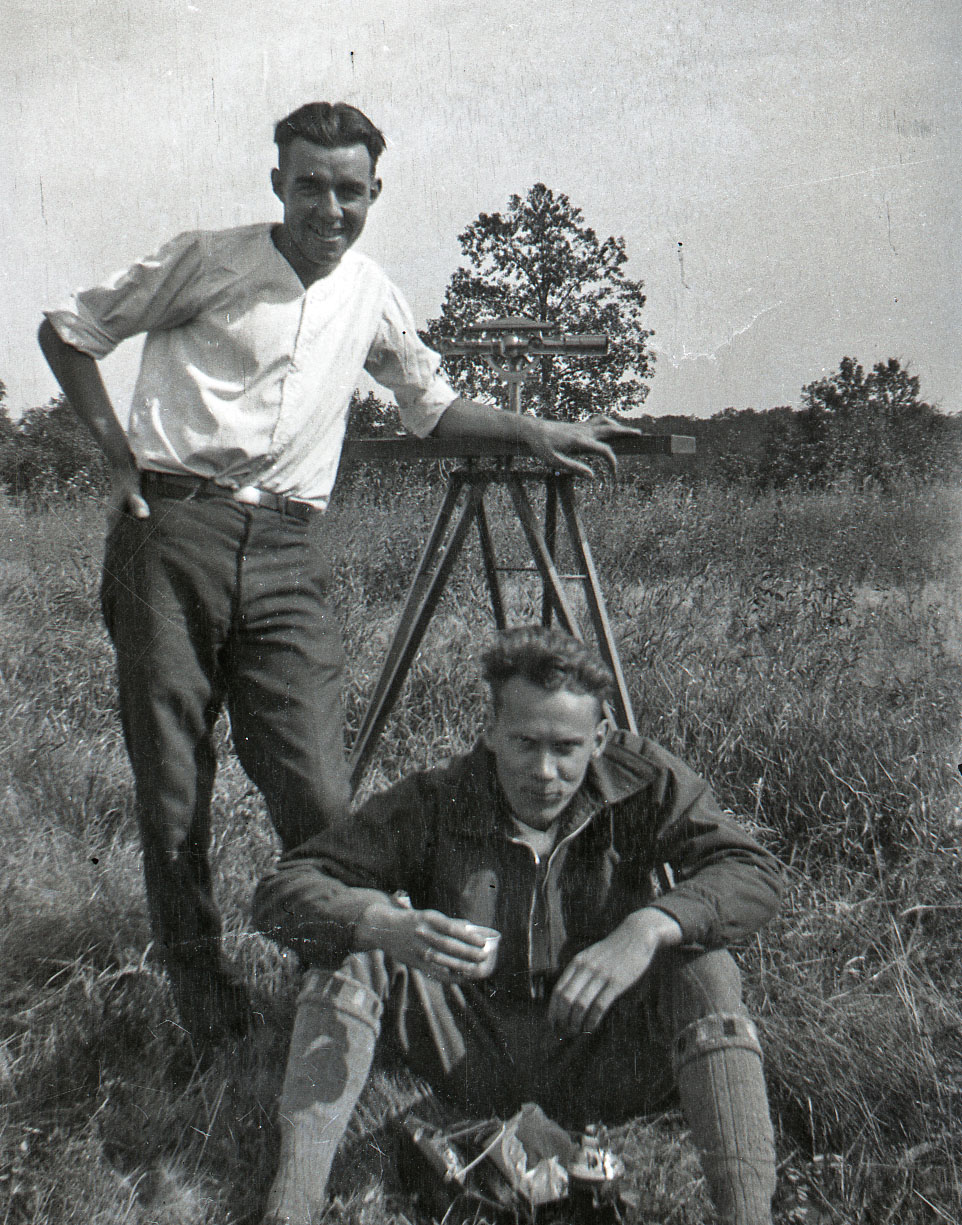 Andrew Taylor (1907-1993) was one of Canada's foremost polar explorers.  Taylor, a Scottish immigrant, earned his engineering degree from the University of Manitoba in 1931. Upon graduation, he landed a job as a Provincial Surveyor and in that capacity, he observed much of rural Manitoba prior to its transformation brought about by hydro-electric, agricultural, mineral, timber and urban development.  He was stationed in Churchill, Manitoba in 1931 and 1932.  Taylor moved to Flin Flon, Manitoba in 1933 and eventually became Town Engineer. In this capacity, many of the town's roadways, drains, sewers and water supply lines are left as part of his legacy.

The digitized photographs from the Andrew Taylor fonds document Taylor's time in northern Manitoba as a surveyor and engineer.  In addition to scenes of conducting surveys in numerous northern Manitoba locations, the digital collection also includes images of Taylor's time in the University of Manitoba Survey School, Charles and Anne Lindbergh's visit to Churchill in 1930, Aboriginal Peoples in northern Manitoba communities, the 1934 miners' strike in Flin Flon, and scenes of nature.  The Andrew Taylor Photograph Gallery also includes images documenting his role as an observer on an American/Canadian weather station reconnassaince venture called "US Naval Task Force 68."  As part of this expedition, Taylor travelled in and around the Queen Elizabeth Islands, the northernmost reaches of the Canadian Arctic.