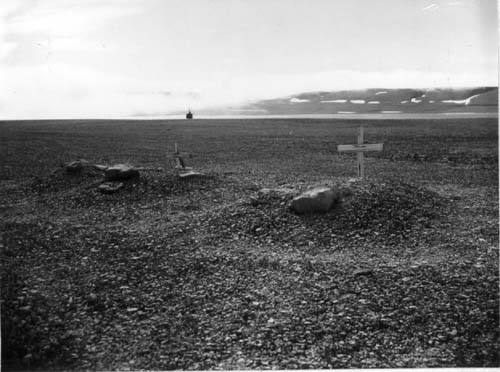 Graves found by a shore party from the USS Whitewood (visible in the distance) at Port Leopold at the northeastern tip of Charles O'Handley, Jr., of Blacksburg, Va., of the Smithsonian Institute. (caption typed under the photograph)

photograph: b&w; photos from an annotated album created during the course of U.S. Naval Task Force 68