Federalism
Reference re Secession of Quebec, [1998] 2 SCR 217
The Supreme Court examined the constitutionality of a province’s unilateral secession from Canada. At issue were the principles of federalism, democracy, and the Rule of Law. The court also considered the conditions under which the international community would support and recognize the legitimacy of a secession.

Constitutional Principles
Roncarelli v Duplessis, [1959] SCR 121
The Quebec Premier's abuse of executive power in punishing a Jehovah's Witness for his involvement in unrelated legal matters emphasizes the Rule of Law - the unwritten principle that laws must be executed in good faith, and with consideration given to its scope and purpose; that no person is above the law and that discretionary power cannot be administered arbitrarily.

Living Tree
Edwards v Canada (Attorney General), [1930] AC 124
In Lord John Sankey's famous decision that proclaimed women were eligible for Senate, he conceived the Constitution as a 'living tree', thereby establishing a modern approach to interpreting the constitution, which allows for the adaptation of its provisions to reflect prevailing times.

Judicial Review
Dunsmuir v New Brunswick, [2008] 1 SCR 190
This seminal case began as a labour dispute which concluded in the Supreme Court where it set the standard for judicial review and intervention of administrative tribunal decisions.

(NOTE: The Supreme Court recently granted leave to appeal Minister of Citizenship and Immigration v. Alexander Vavilov and will hear the case (along with two others), when it plans to review the judicial review process that was set out in Dunsmuir v NB.)

Pith + Substance
The Bank of Toronto v Lambe (Quebec) [1887] UKPC 29
The Privy Council upheld a provincial law that imposed a tax on banks as valid, despite the fact that banks are under federal jurisdiction. The council observed that the law’s pith and substance was in relation to taxation, and did not single out banks nor obstruct their core function.

Double Aspect
Multiple Access Ltd v McCutcheon, [1982] 2 SCR 161
The Supreme Court ruled that the Ontario Securities Act was valid despite similar provisions that existed under federal law. The provincial act was characterized as having "double-aspect", which allows some duplication in provincial and federal laws, provided they are are not in conflict or contradiction with each other.

Ancillary Powers
General Motors of Canada Ltd v City National Leasing, [1989] 1 SCR 641
General Motors was accused of price discrimination under s.34(1) of the Combines Investigation Act, which also gives cause for civil action under s.31.1. The Supreme Court determined that s.31.1 encroached on provincial areas of property and civil law. However, under the Ancillary Powers Doctrine, the intruding provision was allowed since it is functionally integral to the Act, which itself is an economic regulation scheme under Parliament's authority. See related Reference re: Power of Parliament to Regulate Securities.

Interjurisdictional Immunity Doctrine
Quebec v Canadian Owners and Pilots Association, [2010] 2 SCR 536
Quebec Agricultural Lands Protection Commission ordered a couple to close an aerodrome on their property because the land was zoned for agriculture.  Provincial authority over agriculture and property matters conflicted with federal authority over aeronautics. 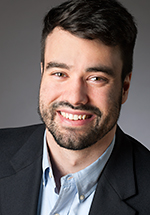