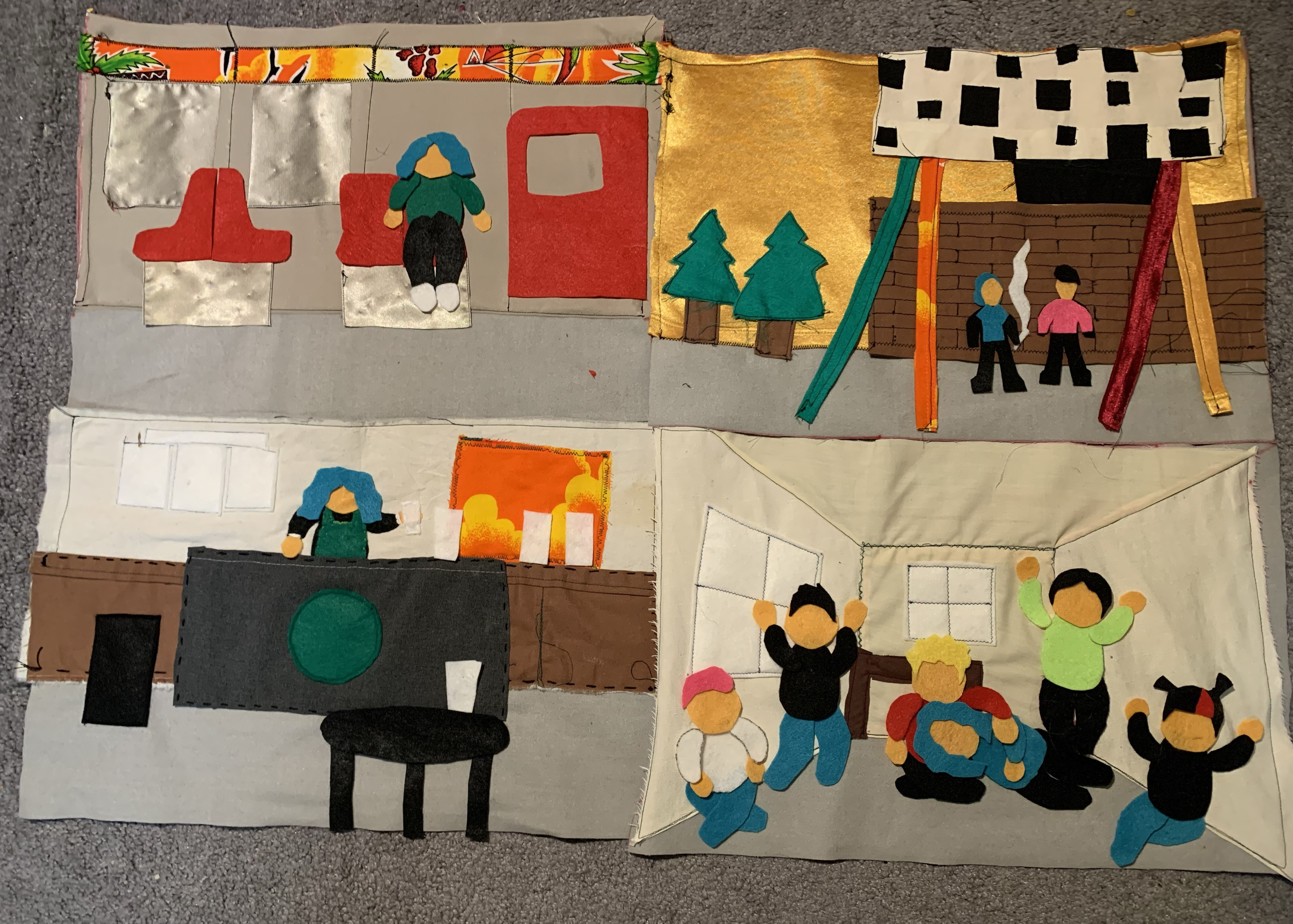 Title: La Vida Que Me Regalaron / The Life that They Gifted Me

This piece is an exploration into my heritage as a Chilean woman. Joining the ideas of protests and peace, family and alienation, I hope to translate my own life experiences through  historical materials and artistic practices once used to protest for the rights that made this life possible for me.

During the Chilean dictatorship, women would stitch together arpilleras, textile collages that depicted the daily abuse and prosecution they and their families faced at the hands of the government. By circulating these scenes outside of Chile they were able to get information out about their situation, which directly helped the efforts to overthrow Pinochet. The dissolving of Pinochet’s dictatorship allowed my father to get out of Chile and come to the United States where he made a family and had a real future. By using similar techniques used by the women who made arpilleras, I depicted four scenes in my daily life, riding the subway, working, going to school and spending time with my friends.