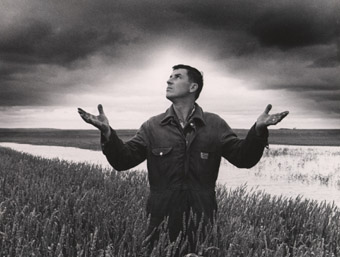 The Winnipeg Tribune, one of western Canada's oldest newspapers, was founded in 1890 by L.R. Richardson and D.L. McIntyre, who scraped together $7000 to take over the press and premises of the old Winnipeg Sun. Struggling under the restraints of outdated equipment and no telegraph service, the new paper survived and, with the aid of Winnipeg's growing population and economic boom, fast became a viable alternative to the rivalWinnipeg Free Press. While primarily regarded as an independent liberal paper covering local events and personalities, the Tribunealso reported on national and international news. After 90 years of operation, the Winnipeg Tribune ceased publication unexpectedly in August 1980 as a result of negotiations between competing newspaper chains.

The collection contains the Tribune research collection (or `morgue' files) as created by the newspaper's staff consisting of personality files and subject folders of clippings from the 1930s to 1980.  There are approximately 2,500,000 clippings, divided over some 11,000 different subject categories and 60,000 personality folders.  Together, they provide ready-made collections of people and events in Winnipeg, Manitoba, Canada, and abroad. Many of these files document individuals, organizations, and events that are a part of the agricultural heritage of the province and the country. The collection is also well documented pictorially with over 100,000 photographs. A typewritten alphabetical index to the Tribune subject clipping  files is available.  The Tribune’s photographs and negatives are indexed on a database accessible in the Archives’ reading room.