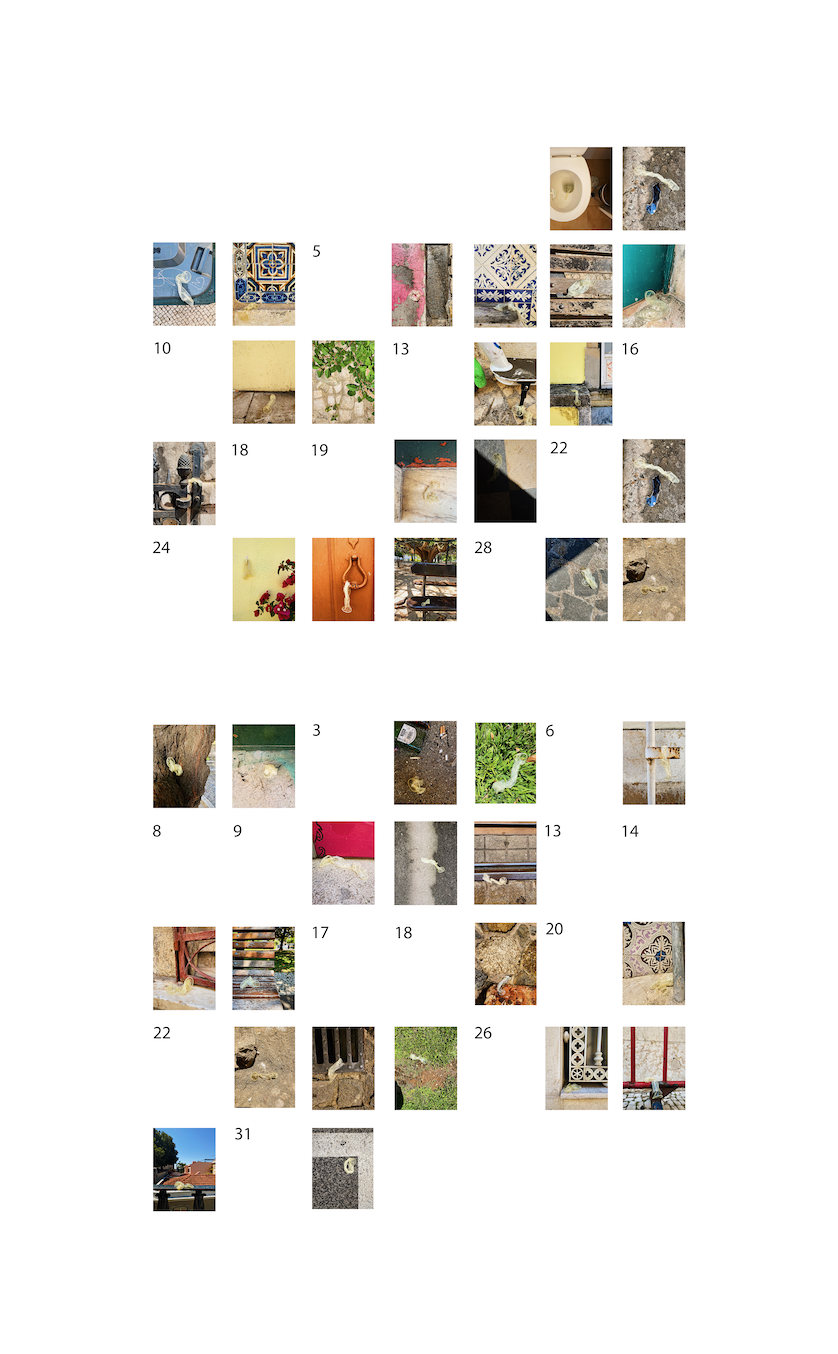 ideas have been inspired by the material in this course. Taking direction from an object I studied for Prototype #2, I continued exploring different conversations around the impact that condoms have as an imperishable object in the Anthropocene. One of the major threats that exist in the Anthropocene is the overpopulation of humans. Condoms, to an extent, assist in controlling these rising numbers. Ironically, however, due to the chemical lubricants and spermicide that coat the most prevailing options, condoms do not decompose easily and end up becoming permanent fixtures of the Anthropocene.

I photographed a single condom in different locations around Lisbon, signalling the

various places one may find a condom that has been discarded. The photographs are compiled into a template that is abstract of a calendar, where each image documents a single sexual encounter. The calendar is a suggestive element of time as it relates to the decomposition of treated latexes, but it also serves to indicate the sexual occurrences of one man over the course of two months. The result is 40 different condoms that will exist interminably in some area of the region where they were discarded. If we extrapolate these numbers through a macro lens of all men who use condoms, the data would encourage an overwhelmingly important reconsideration of sustainable single-use contraception.