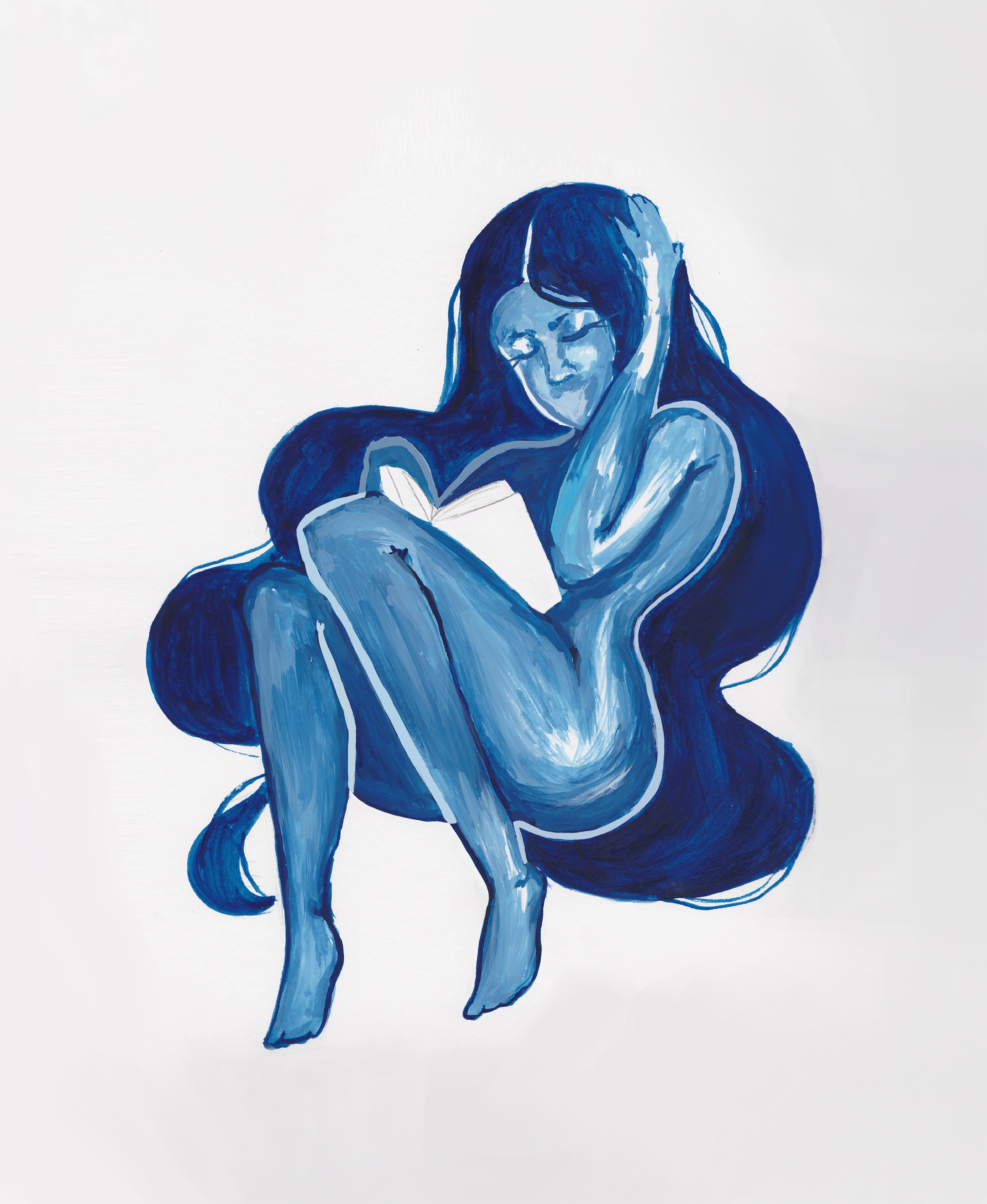 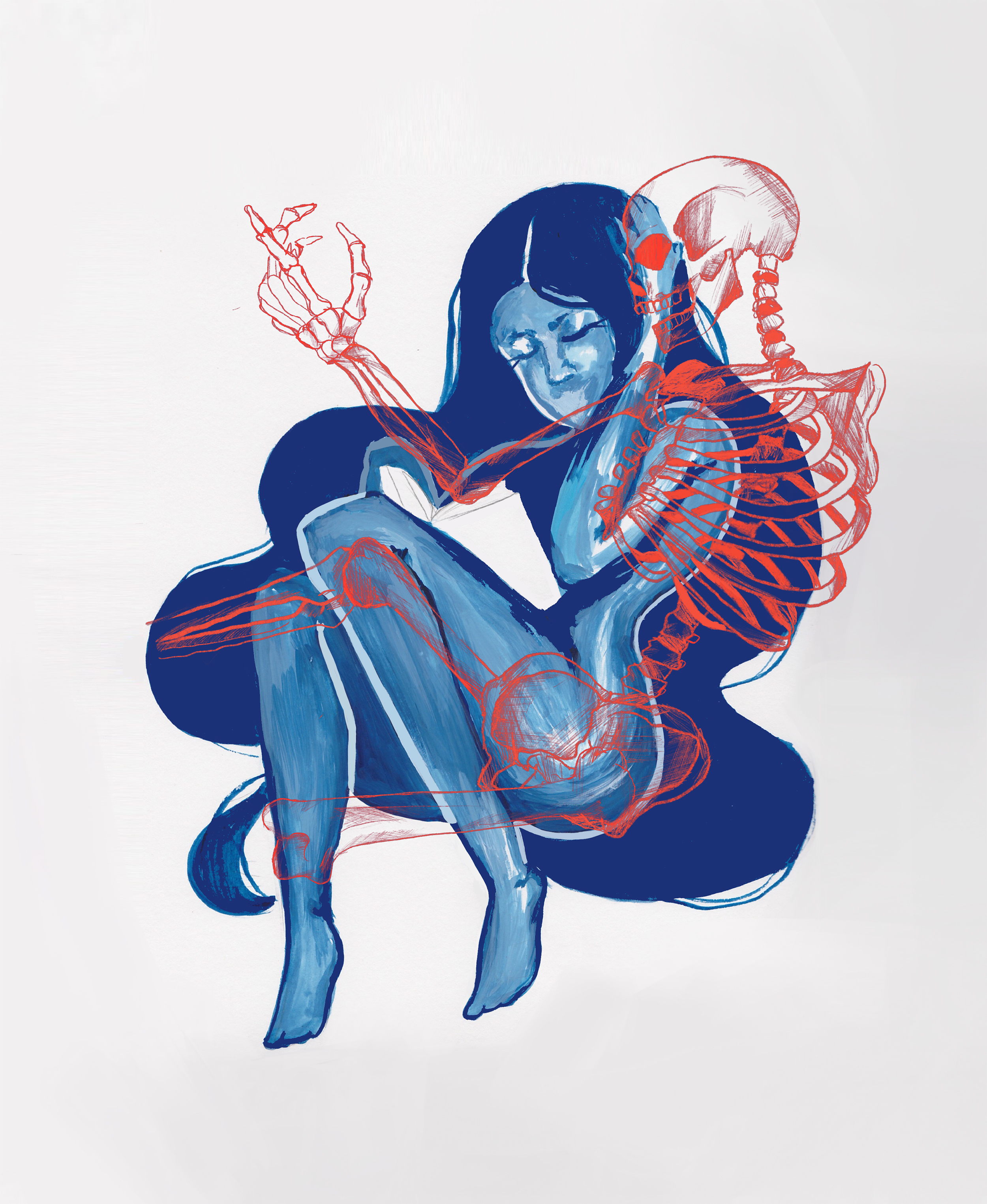 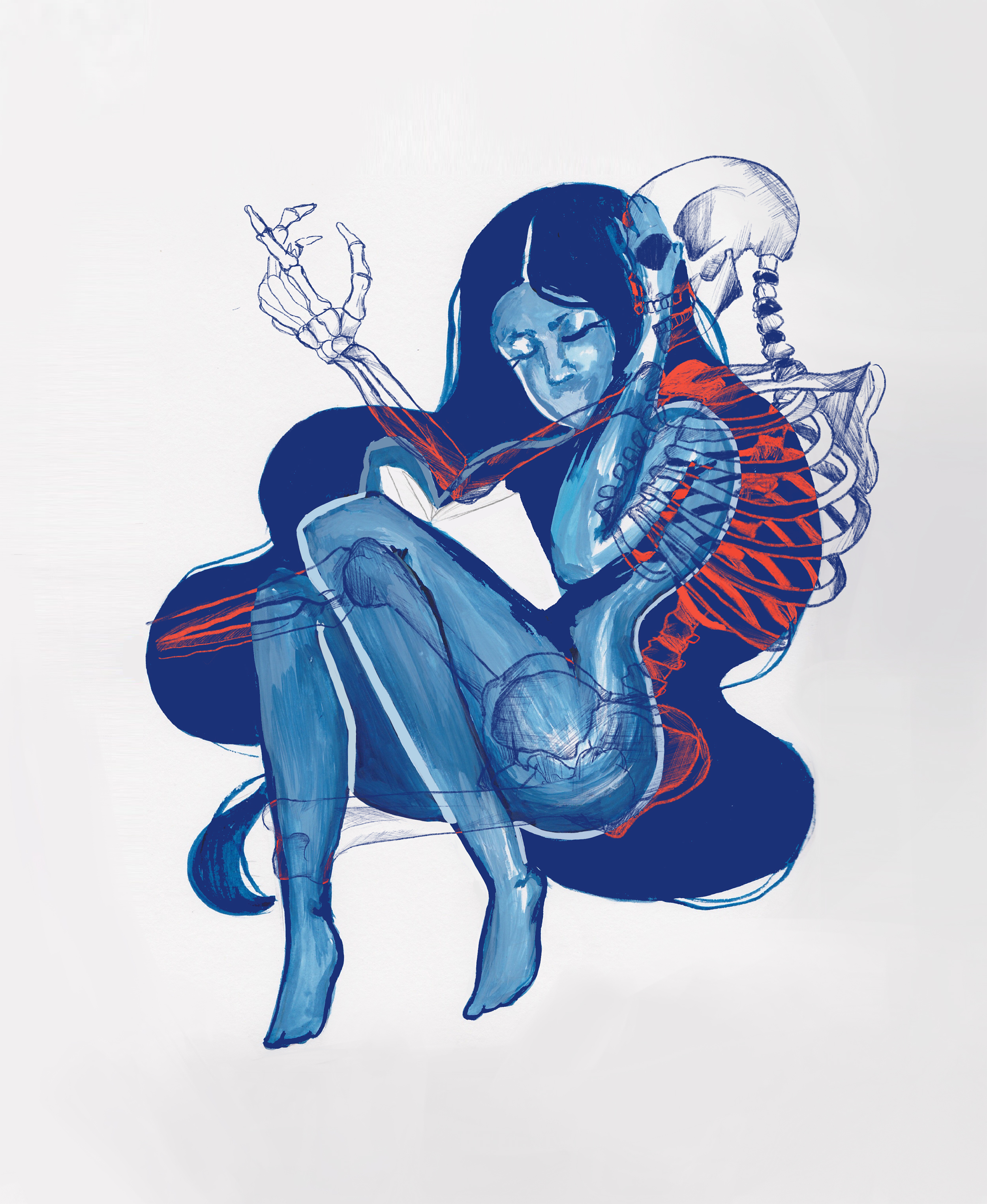 The holocene can be characterized as the rise of humanity and  its dominion over the planet’s systems, it can also be seen as the  stepping stone into the anthropocene, an unofficial geological epoch  that marks the time where human activity starts to have an adverse  effect on the planet. The anthropocene isn’t a label to make clear the  extent of human depravity but it is part of us, rather than looking  away and closing our eyes we shouldn’t be afraid and look within.  The figure represents the holocene’s disregard for the daunting  skeleton. However, if one was to fully realize the extent it can be a  promise of a new chapter in the book of human history, holding a new point of view for what humanity can do to make the anthropocene a little less bleak.